Beauvale has been carefully developed to perfection by our very own Robin Skailes and Howard Lucas, we love its soft, spreadable texture and mellow flavour. Beauvale is perfect for both Stilton fans and those who prefer a milder blue flavour.

How to store
Beauvale should be stored in the fridge and brought up to room temperature before eating. Once opened, cover the cut surface of the cheese with cling film.

How to enjoy
Beauvale is perfect on a cheeseboard served with crackers, bread or fruit. Or tastes just as wonderful melted in pasta or on grilled meat. It makes a great addition to a salad or dressing too - the list is endless! Watch Robin pairing Beauvale with his favourite drinks here. Find recipes for Beauvale and our other cheeses here.

Great British Food Awards - 2016 and 2020 cheese winner - 2018 Overall Best British Product!
Our delicious Beauvale was declared the overall winner in the cheese category of these national artisan food and drink awards in both 2016 and 2020. And in 2018 Beauvale was declared Overall Best British Product of the Year. The entries are initially short-listed based on a producer's commitment to provenance and local sourcing, before being taste-tested by a panel of top names in the British food industry.

Great Taste Awards - 3 stars - TWICE
Beauvale has also been awarded top marks in the Great Taste Awards, not once but twice, making it one of just 200 food products out of almost 13,000 judged, to gain the prestigious three-star recognition. Beauvale also featured in the 2015 Great Taste Top 50 Foods list; the award's top 50 'must-try' foods. 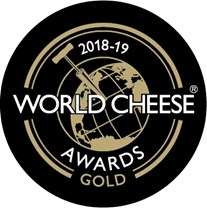 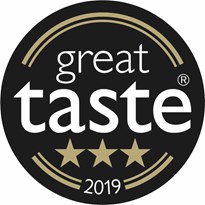 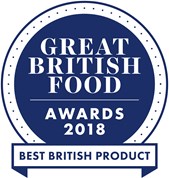